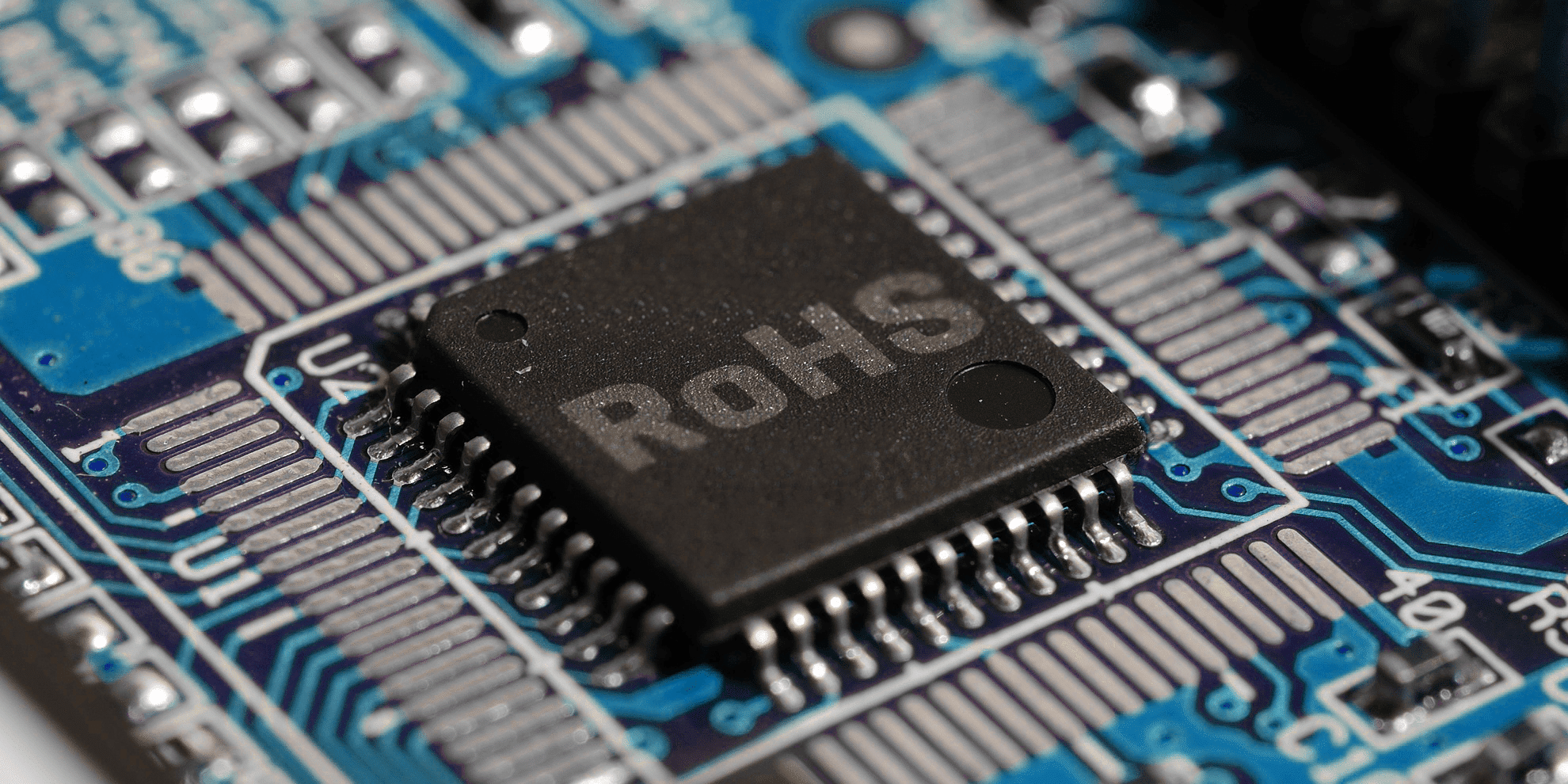 Officially named Directive 2002/95/EC, RoHS is a directive of the European Union restricting dangerous substances mainly used in electronic and electrical products. Applied since 2006, the “Restriction of Hazardous Substances” as it stands for, is mandatory for any applicable product on the EU’s market.

In the first place, RoHS targets specifically 6 dangerous materials that are harmful for both people’s health and the environment. Banned in electrical and electronic products (batteries excepted), the list is made of:

RoHS is based on the self-regulation of the companies. Any electrical / electronic products that are sold with CE marking must comply the directive, and it is the duty of the company to prove that it is respecting the regulation with records. If it does not, the company should then declare it to the legal authorities. In case of non-compliance, penalties apply depending on the states where it happens.

Note: RoHS or REACH are 2 different regulation regarding dangerous substances, and product should comply both. While some substances are authorized under RoHS, they may have restrictions applying under REACH. Learn more about REACH by reading our article.

Since 2002, RoHS has not stay unchanged. With the Directive 2011/65/EU RoHS became RoHS 1 and RoHS 2 appeared. RoHS 2 is the evolution of RoHS 1 and as such, it follows the same guideline regarding hazardous substances while it extends the directive to cover cables, components, spare parts, and others electric and electronic equipment. Products from categories 8 and 9 (medical devices and monitoring instruments) are also taken in account in the directive, and records of RoHS from the supply chain must also be kept. Mandatory since 2013, it now one of the unavoidable regulations to obtain CE marking.

Following RoHS 2, RoHS 3 has brought a new evolution with the Directive 2015/863 and became operational in July 2019. This new regulation changed the scope of hazardous substance involved in RoHS 1 and 2 to add phthalates to the 6 original substances. It has also extended the regulation to the category 11 (miscellaneous products).

Phthaltes are often used as a plasticizer in PVC  in the textile industry to improve its suppleness and flexibility. The new restriction applied since 2019, considerably limits the use of phthalates for products being made or sold to European markets (<0.1% by total weight).

Some products like medical devices and monitoring instruments (categories 8 and 9) require special treatment due to their specificities. That is why, they fall under RoHS 5/6 that stands for RoHS compliance without lead ban. The special terms of the regulation that depend on the circumstances are all details in the Annex III of RoHS.

All the materials we provide and use are registered and authorized in accordance with RoHS. We also constantly monitor the status changes for all the products including the ones we purchase.

Please feel free to visit our homepage to discover our materials for Machine Equipment.

The Ecovadis rating, a good indicator of the environmental commitment for companies?

The common issues with flexible bellow covers and how to prevent them.